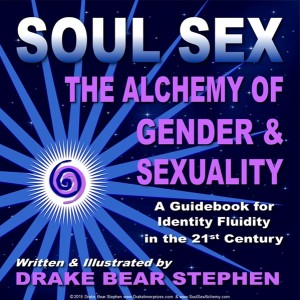 The  Soul Globe: Instead of linear models of gender and sexual identity, I propose a holographic model of the soul. An individual’s identity can move to a near infinite number of points in order to learn from different experiences. This movement may happen in one lifetime or over multiple lifetimes. Other human constructs, in addition to gender and sexual identity, such as race, creed, color, culture, ancestry, age, socioeconomic status, and spirituality are also resident on the holographic soul. 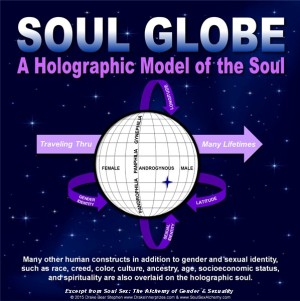 The Transsexual Medicine Wheel: This wheel represents the transition of a transsexual individual to the life and body of desire. The journey begins in the East direction, the place of Preparation. The Transformation begins in the South. Moving to the West, Assimilation begins. In the North, Liberation is felt as jubilation. The final direction is the Center, which is the place of integration. The Self now stands in right relationship to itself in the Inner World and itself in the Outer World. 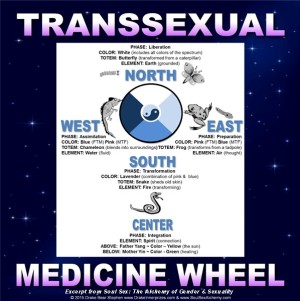 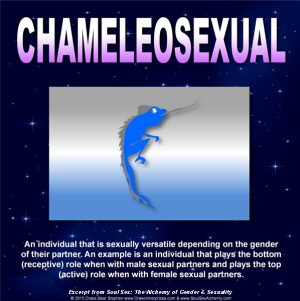